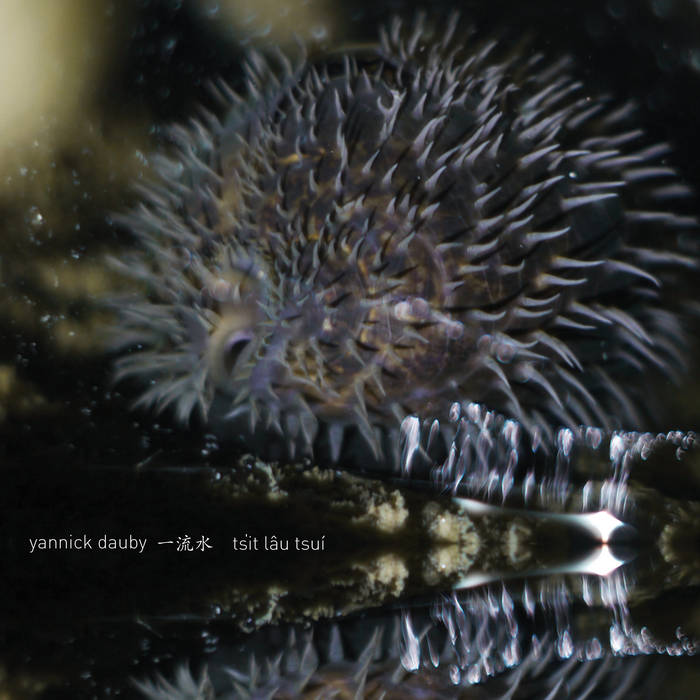 Yannick Dauby is a french sound artist based in Taiwan since 2007. He relentless explores the soundscapes of his adopted island through field recording, audio documentaries and community projects. He also composes electroacoustic music and he's often found performing live using found objects, analogue devices and digital processing. He has created soundtracks and sound environments for contemporary dance, public art and films as well as being involved in various ecological and local traditional activities.

Dauby stayed in Peng-Hu, an archipelago located in the Taiwan Strait during several months in the first half of 2013. His daily activities included beachcombing, study and documentation of the reef animals, field recording, some teaching and also composing musique concrète in a temporary and probably the first experimental music studio, settled in Shili, a narrow village just between the inner and outer seas. From this old building he hear the seashores and announcements of the itinerant sellers as well as the rituals from a temple nearby. Immersed in this natural and cultural environment, Yannick composed the two sides on this record, using the sounds of the underwater fauna, the omnipresent waves, soundscapes of harbours, music played during funerals, shortwave radio broadcasts , in-site or indoor improvisations using old artefacts collected on the beaches and various sessions using analog electronic instruments. This LP becomes kind of a aural sketchbook of his stay and wandering in these islands on the invitation of the Penghu Citizens Foundation (海洋公民基金會籌備處).

Press says:
'Time and tide, life and death, all things tumbling over each other like debris in the waves, breaking, softening, and tumbling again. If this is the cycle of life, surrender may yield the greatest calm.'' A Closer Listen

Still available from the label. Please support them.
www.discrepant.net