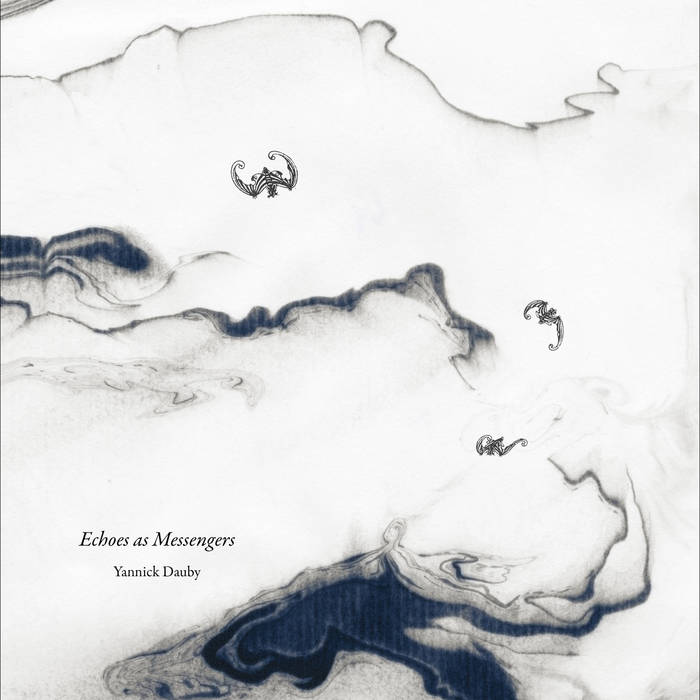 This year 2015, Yannick Dauby and Wan-Shuen Tsai were part of a public art project at National Taiwan University. Yannick's work was a creation project related to the sound universe of bats and led to a series of public events, including soundwalks and exhibitions in the campus. The blog chiroptera ( www.kalerne.net/chiroptera ) documented the activities of field recording and creation, some in collaboration with students. Here is a new output of this project, released as a CD.

"Echoes as Messengers" is a kind of domestic sound installation, an electroacoustic composition which develop itself slowly and sparsely, a "Discreet music" inspired by echolocation.

It has been composed with the ultrasonic voices of the Japanese House Bat (Pipistrella abramus 東亞家蝠) recorded in Taipei (Spring 2015), transformed and combined with the help of analogue electronics (notably the infamous Blippoo box by Rob Hordijk, the Sidrax organ by Peter Blasser and other modular synthesizers) and digital processing.

Please try to listen to it at low volume, or at dusk, or windows open.

A shorter composition, maliciously entitled "Echoes and Messengers", is a similar and related work, but in four audio channels. Available for free on Kalerne.net.

This project as been informed and influenced by the remarkable works of Donald Griffin, Alvin Lucier, David Tudor and David Dunn.

Published in Taiwan by Kalerne Editions.