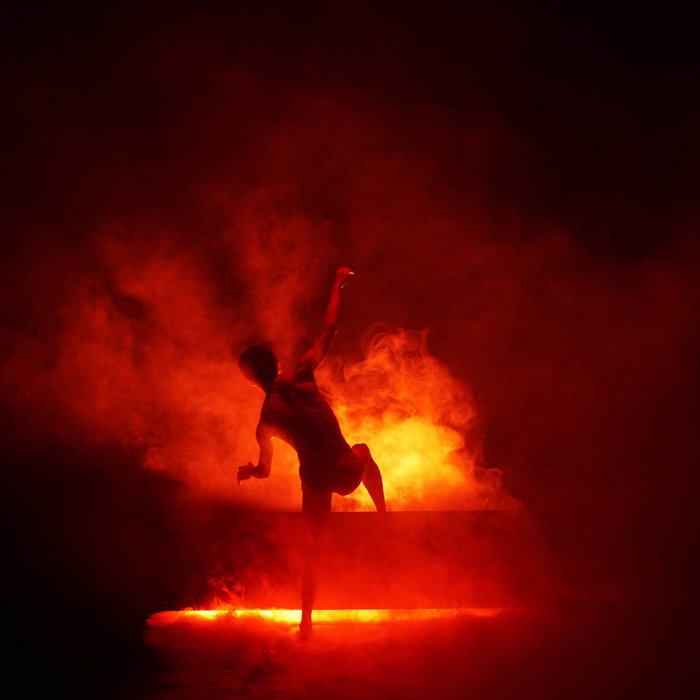 This collection of sound compositions were the audible elements of “永恆的直線 The Eternal Straight Line”, a multidisciplinary performance by 安娜琪舞蹈劇場 Anarchy Dance Theatre. Choreographer Jeff Chieh-Hua Hsieh collaborated with techno-art company UltraCombos and designer Shu-Yu Lin for an evocation of death and representing its transgression through digital dematerialization.

My role as sound designer was to accompany the movements and states of dancers and especially to support the very unique visual forms created by cloud/smoke. This album is a stereo reduction and reinterpretation of the original multichannel compositions.

Regarding the topic and narrative of the project, I was constantly reminding some readings concerning the concept of Umwelt (invented by biologist Jakob Von Uexkull), some explanations about processes of consciousness by Daniel Dennett, and, above anything, the novel “Permutation City” by Australian science-fiction writer Greg Egan. The title of this album is borrowed from his writings.

“ We perceive — we inhabit — one arrangement of the set of events. But why should that arrangement be unique? There’s no reason to believe that the pattern we’ve found is the only coherent way of ordering the dust. There must be billions of other universes coexisting with us, made of the very same stuff — just differently arranged. If I can perceive events thousands of kilometers and hundred of seconds apart to be side-by-side and simultaneous, there could be worlds, and creatures, built up from what we’d think of as points in space-time scattered all over the galaxy, all over the universe. We’re one possible solution to a giant cosmic anagram . . . but it would be ludicrous to think that we’re the only one. ”